1.  Egyptian Book of the Dead

The Egyptian god, Osiris, is god of the dead and king of the underworld, as well as giver of eternal life.  The ritual of the cult of Osiris is recorded in the so-called Book of the Dead, a collection of spells and prayers.  Illustrated papyrus scrolls, some as long as 70 feet, containing these texts were the essential equipment of the tombs of well-to-do persons.

The scroll of Hu-Nefer, the royal scribe and steward of the pharaoh Seti I, was found in his tomb in the Theban necropolis.  The illustration below represents the final judgment of the deceased.  At the left, Anubis, the jackal-headed god of embalming, leads Hu-Nefer into the hall of judgment.  The god then adjusts the scales to weigh the dead man’s heart against the feather of the goddess Maat, protectress of truth and right.  A hybrid monster, Ammit, half hippopotamus and half lion, the devourer of the sinful, awaits the decision of the scales.  If the weighing had been unfavorable to the decased, the monster would have eaten his heart.  The ibis-headed god Thoth records the proceedings.  Above, the gods of the Egyptian pantheon are arranged as witnesses, while Hu-Nefer kneels in adoration before them.  Having been justified by the scales.  Hu-Nefer is brought by Osiris’s son, the falcon-headed Horus, into the presence of the green-faced Osiris and his sisters Isis and Nephthys to receive the award of eternal life.

In Hu-Nefer’s scroll, the figures have all the formality of stance, shape, and attitude of traditional Egyptian art.  Abstract figures and hieroglyphs alike are aligned rigidly. 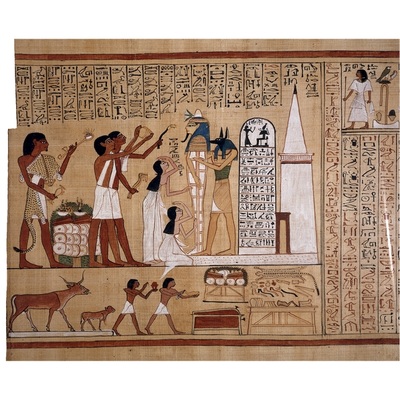 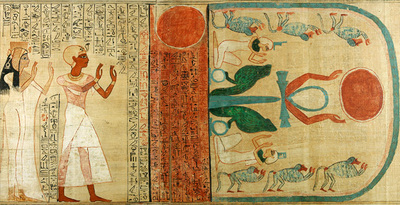 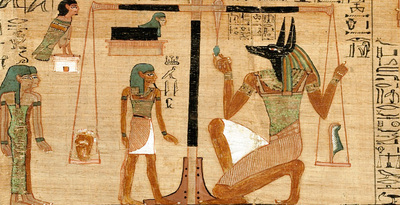 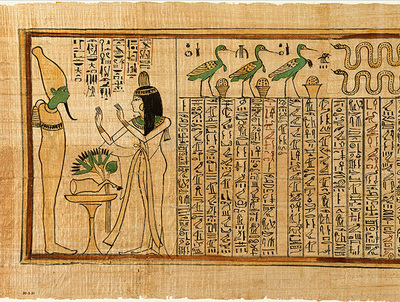 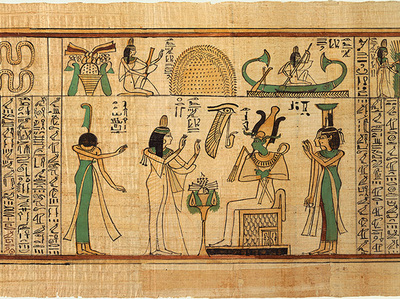 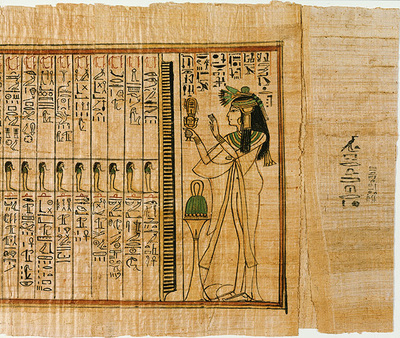 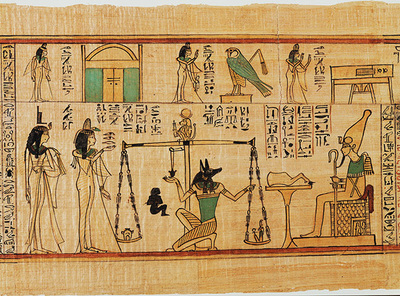 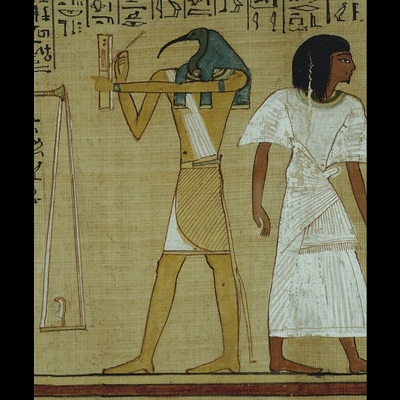 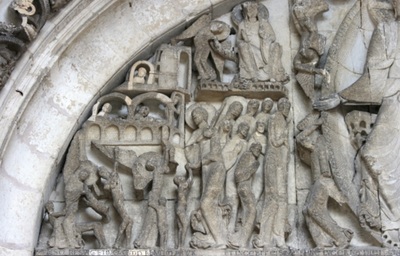 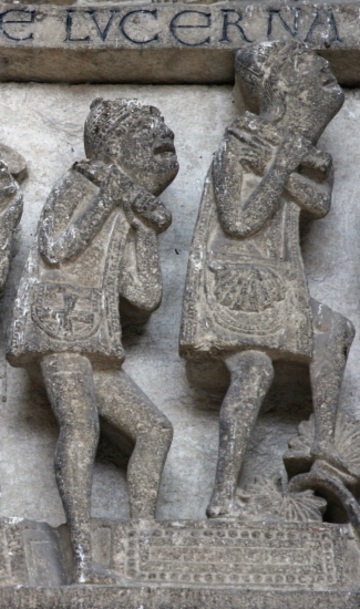 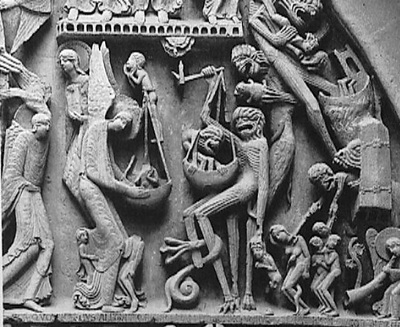 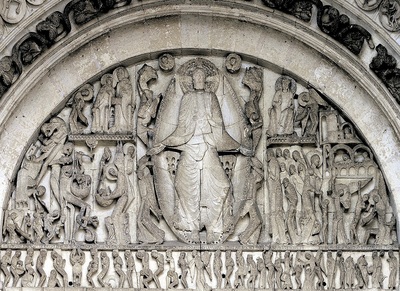 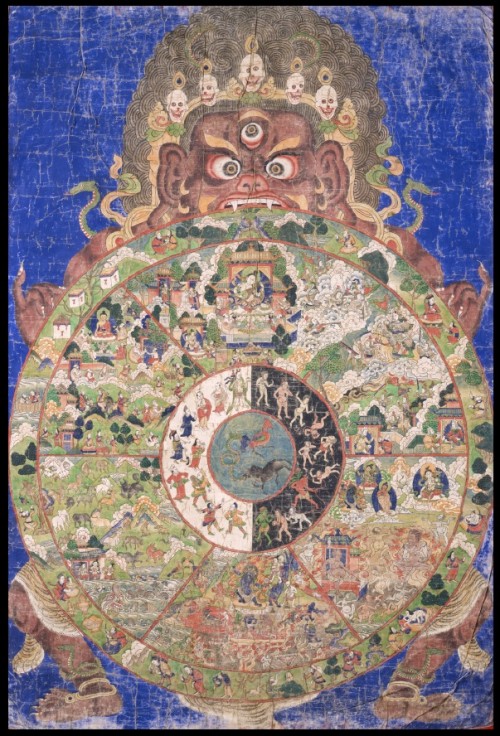 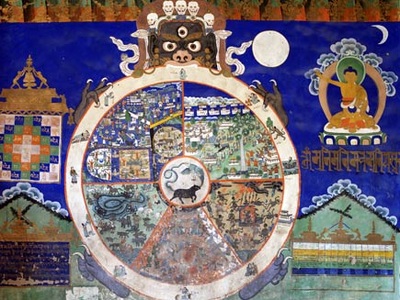 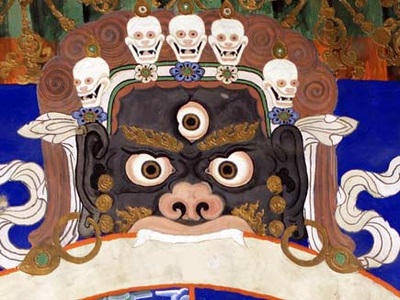 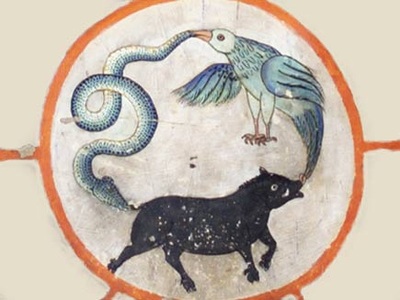 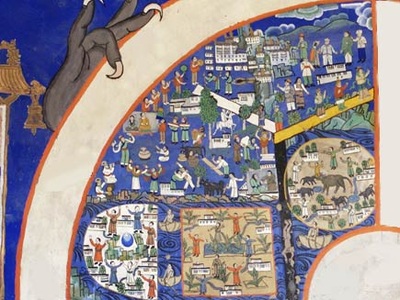 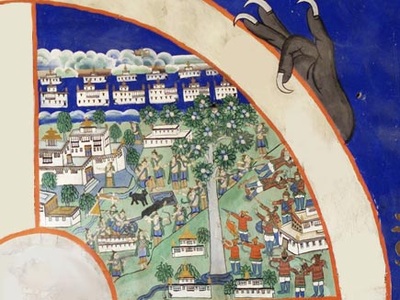 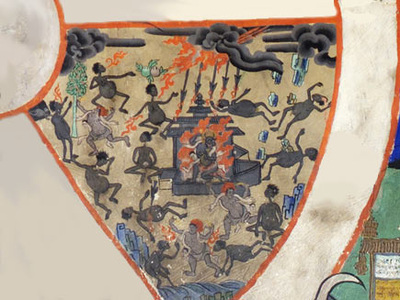 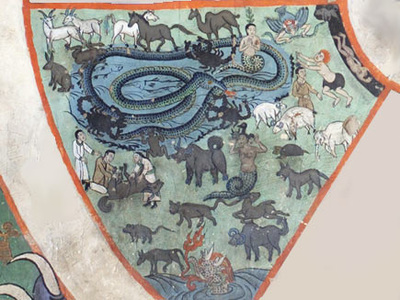 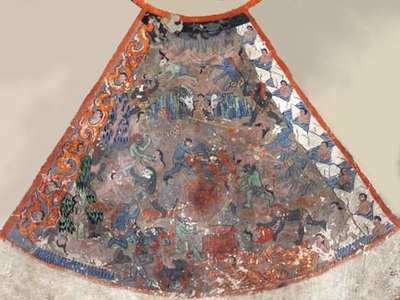 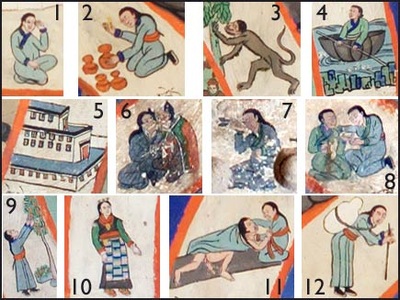 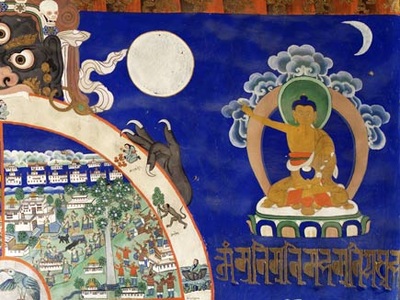